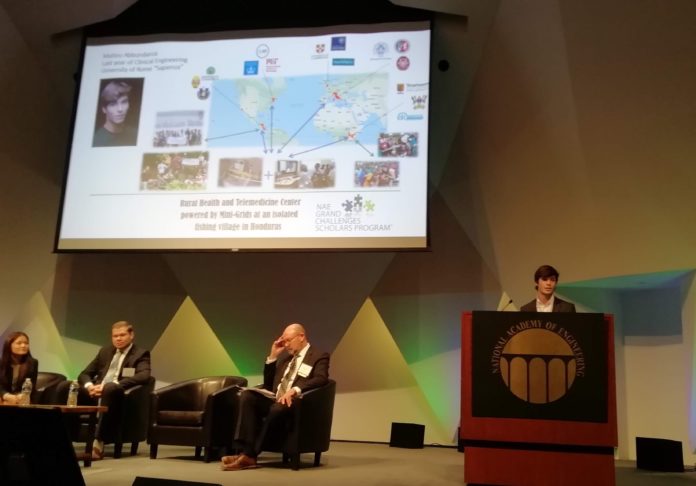 In Washington DC, on the 12th of November 2019, National Academy of Sciences  celebrated  the Grand Challenges Scholars Program (GCSP) Annual Summit.
In  the Main Hall of the Academy with a huge audience of professors and students from 61 US Universities,  Matteo Abbondanza  an Engineering Student at Sapienza University of Rome  presented his own project made during the Field Study Abroad#15. His project,  carried out in Honduras, consist in the the use of electricity for telecommunication  in order to create an health care center based on the micro hydro plant of a little fishermen village. 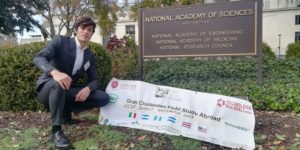 In that occasion  the National Academy of Engineering (NAE) welcomed Prof. Andrea Micangeli entering the GCSP Proposal Review Committee, as the first member from Europe.
NAE wants to facilitate the dialog and the  participation of European Universities at GCSP also with the creation of an European Chapter of the same Program.
The GCSP is an award given by National Academy of Engineering to the students that faces one of the 14 Challenges of mankind (near the SDGs of UN), each GCSP student has to make a path of  empowerment of 5 competencies (engineering, entrepreneurship, social, global and intercultural awareness).
After the conference, and the committee meeting,  a good number of Schools of Engineering asked permanent agreements with Italian Universities to join the FSA experience both in Central America and East Africa.
Next step will be a meeting in Rome on the 17th of December that will be a  preliminary session of the Grand Challenges Scholars Program European Chapter.
In the picture Matteo Abbondanza and Andrea Micangeli at the N.A.E. and the Slide resuming the Project
Grand Challenge FSA STAFF 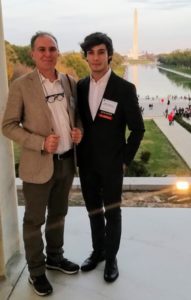 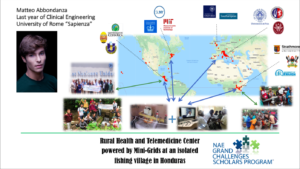 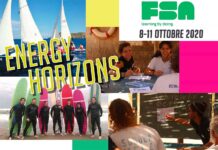 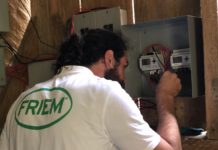 FRIEM with the FIELD STUDY ABROAD in Honduras Villages 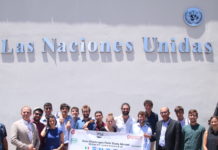 
ABOUT JOIN US
by TECHNICAL SOLIDARITY ONLUS
1,761FansLike
120FollowersFollow